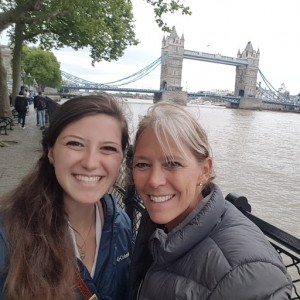 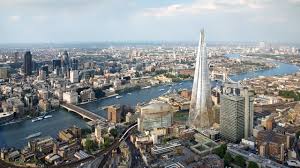 I remember growing up in the States and playing with my brother and sisters the “London Bridge” game reaching across to one another, threading our fingers together, pushing our arms over our heads to make an arch for the “boats” to pass and then bringing our entwined hands back to level to let the “cars” and “people” go across. It was all about taking turns, lifting and lowering, a little bit of singing and feeling the strength of our formation as we pretended to be the bridge. The key was never letting go of one another.

I soon found out when I moved here that everyone mistakes Tower Bridge for London Bridge. You know, the iconic masterpiece of the Victorian Era which raises the bridge’s “arms” up with intricate bascule pivots originally with coal and steam energy to help keep the flow going between the north and south sides of the River Thames. It stands right next to the Tower of London with its ‘traitor gates’, Beef Eater Gin guards, and a moat, grassed over now, large enough for concerts and to fill with remembrance poppies.

My niece came for a visit last month and we toured Tower Bridge enjoying the views up and down the river from the crosswalks that tie together the two bridge towers which work with the suspension system to hold it all together. You have to take a lift to get to the crosswalks and reign in, to some degree, any fear of heights you may have to walk across and look out of the windows or even down through the glass floor to take in the views. On the east side, the windows look down towards the 2012 Olympic Stadium Park and in the far distance Greenwich (of GMT fame) and eventually the London Barrier built to protect the city from flooding. Looking west you can pick out the Shard on your left as well as the Walkie Talkie and the Gherkin buildings on your right. I just love the nicknames the English give their distinctive new architectural builds providing such irreverent, humourous and accurate descriptions so that you know exactly which structures they are talking about when you see them on the skyline. Just beyond the Walkie Talkie, nestled in amongst the other more regular civic and office buildings, you can see the flame-topped Monument which is a tower commemorating the very spot in which the Great Fire of London began in 1666 and, of course you can’t miss picking out the dome of the stoic St Paul’s Cathedral miraculously unscathed during the Blitz of WW2. Just about opposite the City there’s the hospital where I had my cancer treatments back in 2012, my favourite Gaucho Grill steak restaurant, and the Design Museum displaying outstanding examples of design ingenuity and ergonomics within. If you know where to look, you can just about see the Globe Theatre which was rebuilt in the 1990s on the exact spot to the exact building designs of the original. To this day, you can stroll along the Thames just beyond where the terrorists struck on Saturday night and walk past restaurants and bars, supposedly one of London’s oldest pubs, the Anchor, to watch Shakespeare’s plays being performed on a stage just as they would have been seen back in the 1600s. For me, London’s got just the perfect mix of old and new living and thriving together.

Standing smack dab in the middle of the crosswalk I couldn’t help but be fascinated by humanity’s ability to conceive of and create such feats of engineering. Tower Bridge particularly impressed considering the nearly 125 year old technology that they used to create and run a bridge which could ensure that daily life could, and can, continue to stay connected unfettered by the interruption of the Thame’s flow through the city.

Just opposite Tower Bridge is London Bridge. It’s nothing pretty to look at but when you cross it you get the best perspective of looking up and down the Thames in my opinion. My husband, Nick, takes the train to London Bridge Station now and has to cross it each work day twice a day to get to his job on the other side. Over the years we have marvelled that even in the drudge of commuting across that bridge, it is impossible not to admire the view at some point going back and forth. There have been days when people pause in their commuting rush to take photos of the stunning sunsets or, if you are up early enough, the sunrises. The cold will whip up at you in the winter, make your eyes tear but the site remains stunning as cityscapes go and I can see why it was a popular crossing place on Saturday night.

I love that bridge. It is the place I had my first proper job in London, in fact, in anywhere. I took a placement at Price Waterhouse, who owned the building there, for the sheer reason they were the people who handed out the envelopes on Oscar’s nights, but the original draw was when my job placement agency told me their address was: No 1 London Bridge. I found it an utterly irresistible place to want to commute to and from. I was fortunate to work on the 9th floor for a boss whose office had aspects looking over both London and Tower Bridge. Southwark Cathedral or “Shakespeare’s Church” sits nearly opposite the building going down Borough High Street and I used to go to Christmas carol services there with my work colleagues back in the 1990s before Borough Market got gentrified and trendy. It was interesting in 2012 when I came to my oncology appointments nearby, I would visit Borough Market to pick up some fresh food or a little gift from one of the artisan stalls for whomever was graciously taking care of my kids that day. Then and now, I like to go to the market just as a pick me up to revel in the glory of the dark, atmospheric bricked Dickensian archways converted to stalls with pyramids of tomatoes or mushrooms or any seasonal fruit or veg you can imagine, stacked in every shape, colour, size and variety being hawked next to sellers of iced seafood so fresh some of it even seems to move. There’s bread, flowers, boutique-y grills of organic burgers, locally sourced sausages and giant cast iron pans of paella right next to stalls selling pistachios, cashews and cubes of the best Turkish delight, in every flavour and colour, perfectly dusted with icing sugar making even Narnia’s White Witch’s supply to Edward seem meager.

Again, I keep thinking – that is not what bridges are for.

Further west the river serpentines under a poetic roll call of bridges: Blackfriars, Millennium, Waterloo, Westminster, Lambeth, Vauxhall and Chelsea amongst others. Eventually you can cross the Thames at Albert Bridge which is another one for particularly fond memories for me. Years ago during our commuting from the City back to Fulham, Nick and I always noticed it during our drive along the Embankment. We never ceased to pause mid-sentence on our post workday debrief to chime out – “ I love that bridge” when we passed into its view, particularly on the evenings when it was lit with the equivalent of fairy lights outlining its elegant form. In 1995, that was where one cold, windy December night Nick pulled over the car and suggested we enjoy diner at a place on the other side of the river to break up the drive home. We started our walk across the bridge and then precisely in the middle Nick stood still, reached into the depth of his dark blue cashmere overcoat and withdrew a hinged, square box the size and shape perfect for nestling a ring within its velvet interior. Nick asked me to marry him that night with the cars flying by, the dark water below and the lay of London shining out beyond. We stood on that bridge fearless about our future. Fearless about forever having to learn how to bridge together our two cultures for a lifetime of marriage and children. Fearless to put love first and to take a leap of faith to agree to forge a life together.

Back at the Tower Bridge tour I remember seeing not just spectacular views of London, but also information about its construction and displays of examples of all types of bridges found around the world: span, arch, beam, suspension and even cantilever bridges. All the examples at the museum and from my research – whether the Akashi Kaikyõ in Japan, Si-o-se Pol in Iran, Alcántara in Spain, the Kapelibrücke in Switzerland, the Viaduct de Millau in France, the Changing Wind and Rain in China, the Golden Gate in the United States or the Ponte dei Sospiri in Italy – all illustrate humanity’s ability to find ways to stay connected. Across the countries, the cultures and time, I believe the bridges show it is undeniably our nature, as humans, to want to connect to each other and find ways to be together. Whether we are raising our arms up to let the ships go through with our fingers intertwined or strolling across London Bridge on a warm summer evening after a happy night out on the town, bridges should be about us staying together. About using our awesome God, Allah or whomever you want to credit given minds to figure out how we can breach the gaps that fall between us and keep our connections strong and sure.

I was twenty-three when I moved from the US to the UK and first fell in love with London and its bridges. The same age that Ariana Grande is now. She led the way on Sunday night spreading the message about staying connected so we can ALL stay strong. So yes, I’m taking this attack on Saturday personally as a rally to remind me to stay inspired, to find ways across a challenge so I can keep my connection with others and to bridge any gaps that might come between me and them because I know, no matter where I am in the world or what may lay in between, WE ARE ALWAYS STRONGER TOGETHER.